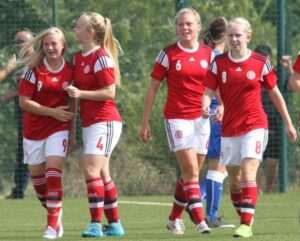 In December, 2017, a new study was released based upon research with nearly 1.8 million women in Denmark.  It was completed over a 10-year period and studied women who were either using the birth control pill, an implant, or IUD’s (intrauterine devices).   The study was the largest of it’s kind, as it essentially used all of Denmark as it’s sample, studying women of child bearing age and examining data from national prescriptions and cancer registries.

The results surprised many.  The study found that today’s birth control pills, implants and IUD’s have risks similar in magnitude to those of previous studies.  The conclusion was that these birth control methods can increase the chance of breast cancer by 38% (when the chemical progestin is dispersed as part of the method and when the woman has used birth control for over 10 years). Dr. Lina S. Morch, who led the study, said, “We did actually expect we would find a smaller increase in risk because today we have lower doses of estrogen in the hormone contraceptives, so it was surprising that we found this association.”

Dr. Morch also that that those who used the contraceptives for over five years had an increased risk that persisted even after they discontinued use.  Another researcher on the team, Dr. Ojvind Lidegaard said, “Nothing is risk-free and hormonal contraceptives are not an exception to that rule.”