Kyleena is an intrauterine device (IUD) that is designed for birth control.  It contains the hormone levonorgestrel.  The hormone is continuously released into the uterus in small amounts.  If after a doctor inserts the IUD into the uterus, and a woman has severe pain then she should return to the doctor to determine if there’s a problem.

Over time, the levonorgestrel thins the uterus, and one’s periods can become irregular. The hormone Levonorgestrel is commonly used in Birth Control Pills, and as such, is designed to work by:

The device looks like this (but is smaller than the image): 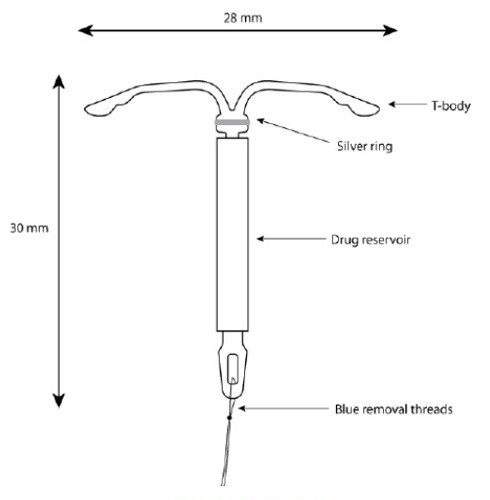 A doctor inserts the device by using an insertion tube that has a handle.  See below: 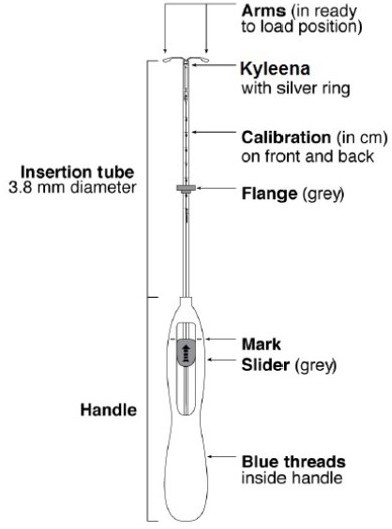 If after the doctor inserts the IUD, you have severe pain in the following day or two, then contact a health care provider immediately.  It could be a strep infection, which can be serious.

Only get an MRI test done if the following conditions are met:

Ovarian cysts may occur.  About one in ten women get an ovarian cyst in the first year after having an IUD inserted in them.

Note: Information on this website is intended to supplement, not substitute for the knowledge of your doctor, or other health care provider.